What you need to do

Use this assignment help to find information for your:

Remember: Always check your course outline for the assessment details.

What you need to find

One way to approach this assignment is to break it down into the following stages.

The media artefact you find may be a positive or negative example of ethical practice, must be Australian made and published.

When looking for an artefact, consider potential issues regarding the ethical representation of vulnerable and/or diverse groups in relation to:

There is a range of Library databases and industry websites which can help you find a media artefact. Explore the links below:

For this assignment, you need to choose an ethical issue or theory to discuss in the context of your chosen media artefact.

There are several places you could look for scholarly information on ethical issues:

Here is an example search in the Library collection:

Library databases are an excellent source of further scholarly information and commentary.

Here is an example search in the key database ProQuest Social Sciences Premium:

Competion and Consumer Act 2010
The Competition and Consumer Act 2010 (CCA) is the central piece of legislation relevant to Australian advertising, and covers the relationships between suppliers, wholesalers, retailers and customers. Its purpose is to promote fair trading and competition, and provide protections to customers. (Download Fact Sheet)

AANA Code of Ethics
The AANA Code of Ethics is the cornerstone of the advertising self-regulatory system, and is supported by advertisers, media agencies, creative agencies and media owners across Australia. It applies to any medium as per its definition. The Code is supplemented by a number of product-specific codes, and is underpinned by an independent complaints handling system administered by Ad Standards.

Government websites are useful for finding data, reports and commentary on contemporary and ethical issues in the media. Some examples of government information are:

Use the database Lawlex to find legislation to use in your assignment. 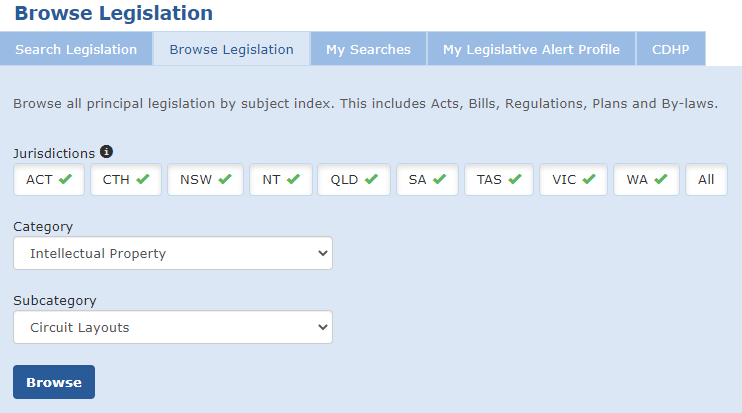 You can find simple explanations of legislation such as factsheets and guides from law societies, law journalist blogs, media and government websites.

Check out the links below for examples and remember that searching is an iterative process – you may find exploring the resources in Step 2 useful in understanding the legislation you find, too.

Putting it all together

Now, it's time to put all your information together.

Use the Study Help links below to help you write and reference your assignment: